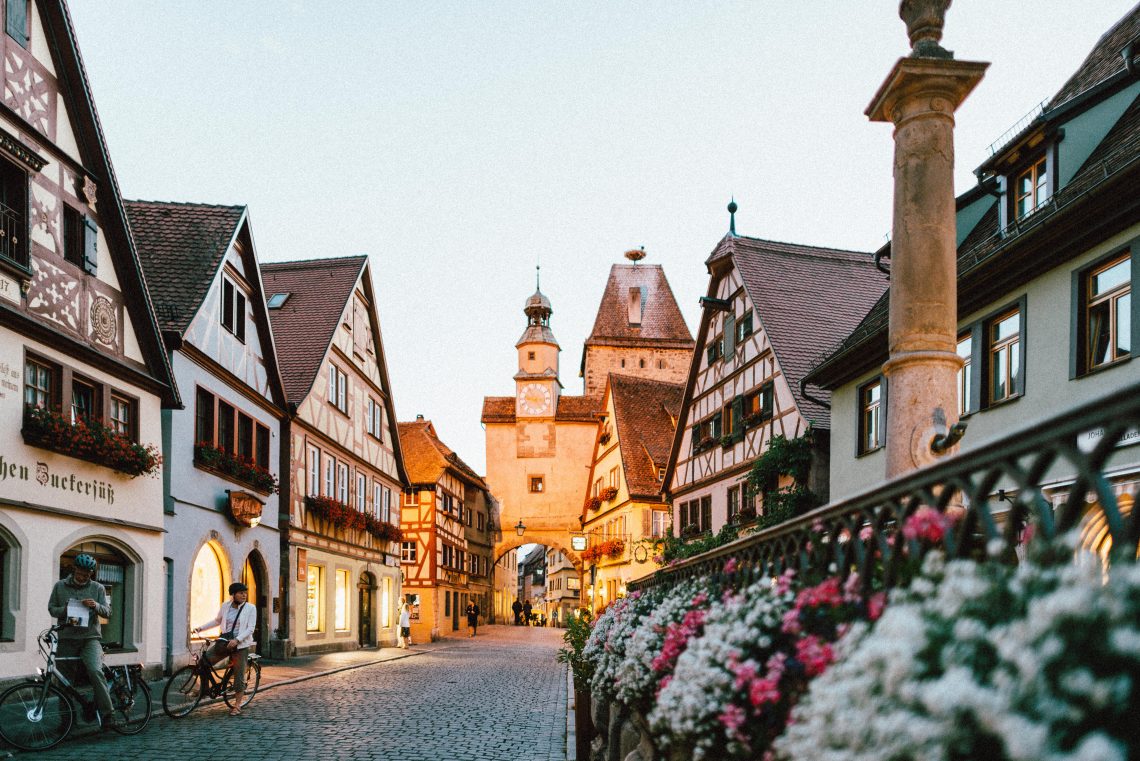 Christmas is a big deal in Germany. What with traditional Advent calendars, winter baked goods, and those famous Christmas markets, there are tons of holiday sweets to go around! But so much attention is put on Lebkuchen and Stollen, it’s easy to forget that Germany has lots of delicious candy, too.

If you’re planning a holiday trip to Germany or just want to give someone the gift of international candy, the good news is there’s so much popular German candy to choose from. You can even find some of the best German candies here in the United States!

Without further ado, here’s a list of the best German candy money can buy.

The Best German Candy to Try This Season

Otherwise known as “Dominos,” these gingerbread based chocolate treats are perfect for the holidays. Schulte Dominosteine are made from layers of gingerbread, fruit, and persipan (marzipan made from peaches or apricots instead of almonds), stacked and covered with a chocolate coating. Get ready for a chocolatey spiced delight!

Described by some as the German equivalent of a Nestlé Crunch bar, this is a puffed rice treat covered in milk chocolate. If the popularity of Ferrero’s Kinder chocolate line is any indication, these crispy German chocolate treats are well worth a try.

These German chocolate bars are the perfect picture of milk chocolate goodness. Milka bars have been made in Lorrach, Germany, for over a century (PDF) and are very popular during Easter and Christmas. Keep an eye out for the bright lilac wrappers if you find yourself in Germany this holiday season!

Ever had Werther’s Original caramel hard candies? If you like those, you’ll probably love Riesen, the German dark-chocolate-covered caramel chews that are made by the same company. All we want for Christmas is chocolate and caramel together…

Europeans love their hazelnut treats, and Germany is no different. One of the most beloved German hazelnut candies is Duplo – chocolate bars with gooey hazelnut cream centers. Or, get your hazelnut cream fix with another popular German candy, Kinder Schoko-Bons.

One of the signature features of seasonal German baked goods is candied citrus peel – usually candied lemon, lime, or orange pieces in small cubes that go into cookies, cakes, and gingerbread. That’s the spirit of the Soft Cake: chocolate cookies with flakey wafer bottoms and orange filling. These are basically German Jaffa Cakes.

You’d be hard-pressed to find something similar to Hitschler Softi strips in the United States. These soft fruit chews come in bright colors that will make it hard to stop eating them, kind of like a German Starburst. Yes, please!

What with all the marzipan and hazelnut cream treats, the Germans seem to have perfected the art of the chocolate-covered treat with a soft center. Dickman’s is one of the best of these German candies, consisting of gooey marshmallow on the inside, chocolate on the outside, and a crunchy cookie shell in between. Brits compare these to the English Tunnock’s marshmallow treats.

Shh, this is actually an Austrian treat – but it’s so great (and fairly common in Germany), we had to include it! Even if marzipan and nougat aren’t your thing, you have to give Mozartkugel points for sheer originality. These spherical treats consist of marzipan and nougat centers covered in chocolate, then wrapped in foil decked out with a picture of Mozart’s face. Classy!

Ritter Sport is pretty easy to find in the U.S., so it unfortunately doesn’t have as much novelty for true chocolate lovers. But it’s so good, and so representative of the best of German chocolate, we just had to include it. With a tagline like “Square – Practical – Good,” you know you’re in for a no-frills treat that’s just about one thing and one thing only: tasting “gut”!

You already know Haribo Goldbears (or gummy bears to us Americans), but there are so many other flavors and shapes to try from this classic German candy brand. Peaches, Fruit Salad, and Happy-Cola are just a few of them. Who doesn’t love a gummy candy shaped like mini cola bottles?

Trolli makes sour candy that’s already popular with American kids, but did you know they’re German in origin? They’re known for their chewy fruit “rings” in flavors like apple and peach.

If you thought we were done with marzipan treats, you don’t know German candy. These mini pigs are doubly sweet, since in addition to that soft, almond-y goodness, the pig shape is also apparently good luck!

Yes, this is marzipan currywurst on top of marzipan fries. They’re also made by Odenwaelder, the same company that makes the Marzipan Mini Pigs above, so you know they’re good! Do the Germans love their marzipan or what?

They’re licorice cats. What more do we have to say? Of course, black licorice is a controversial flavor, but you have to appreciate the cute cat shape. And these treats of Dutch origin are especially popular with licorice-lovers because they’re made with real licorice.

We mentioned these in our survey of the weirdest candy ever, and we just can’t get over them. These novelty Haribo gummis are inspired by the humorous German insult we would probably translate as “butthead” in English. The German equivalent? A butt with ears. We’ll just leave that there…

All this talk about the best German candy have your mouth watering? Check out all the gourmet candies available from Candy Club, from chocolates to sweets to sours and more.

The Sweet History of Gingerbread Houses

How to Make Candy Canes at Home 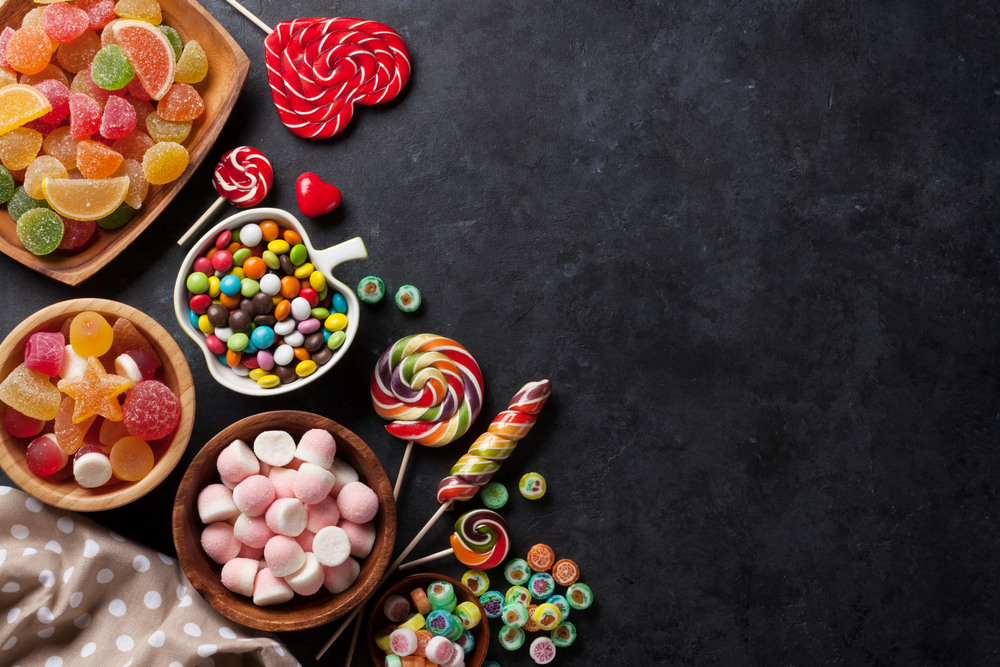 Want to Teach Your Kids About the World? Try Foreign Candy! 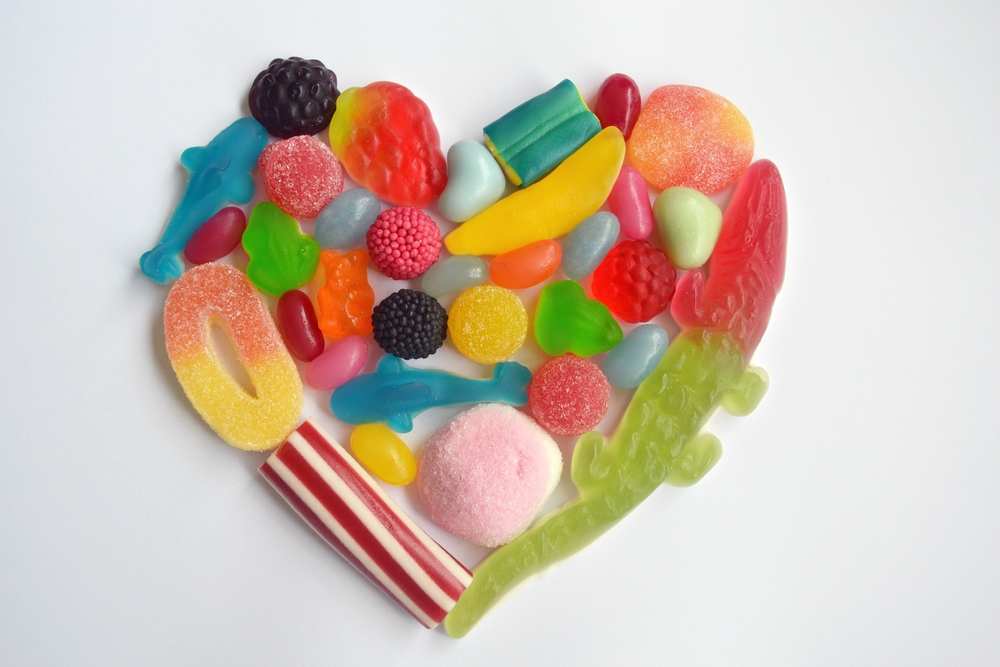 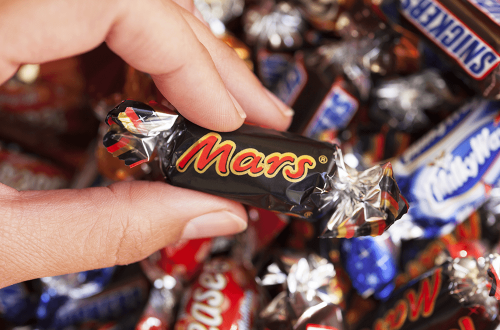 Top Candy Companies in the World