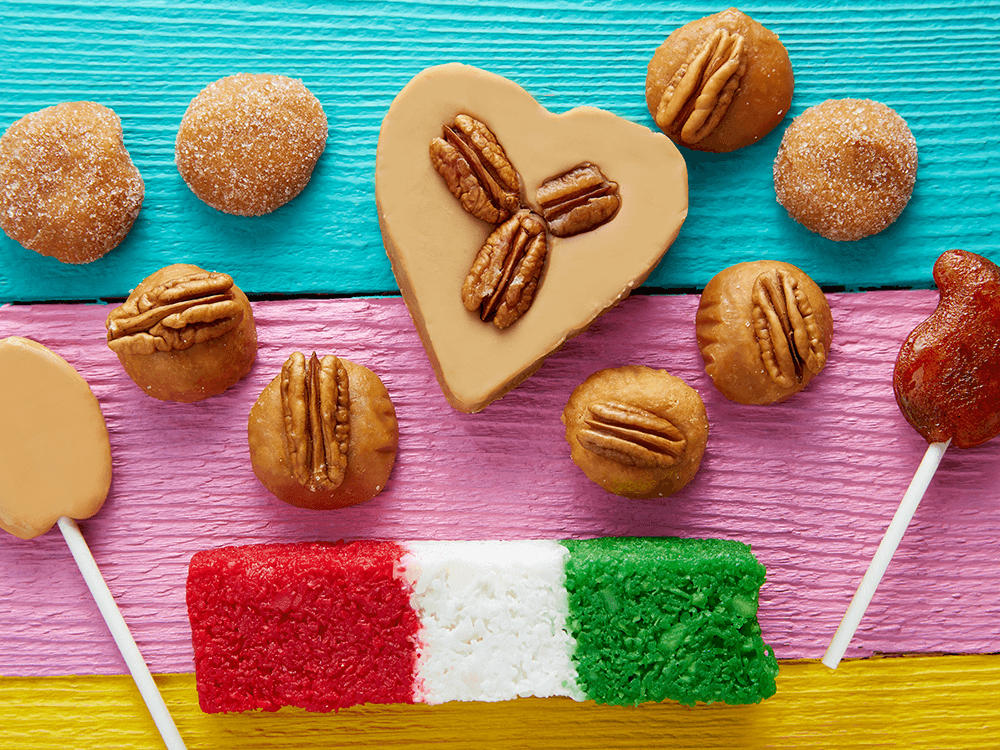 We’ve been “traveling” the globe highlighting the best candies the world has to offer. Now we’re back in the western hemisphere to celebrate the unique sweet treats of a country with rich culinary traditions: Mexico! Whether out of curiosity or nostalgia, prepare for a mouth-watering list of the best Mexican candy.

The Flavors of Mexican Candy

While Mexican candy is as broad and diverse as in any other part of the world, there are certain ingredients and flavors that make this region’s sweets stand out. Like the majority of Mexican cuisine, those ingredients and flavors come from a mix of pre-Columbian culinary traditions and European twists stemming from colonization. Let’s explore some of the highlights below!

Many people associate Mexico with spicy candy. While it’s not the only sweet treat you can enjoy in the region, it certainly makes up a large portion of the best Mexican candies! And that’s because of the chile pepper, which has been used in Mexican cuisine since before Mexico was even Mexico. Today you’ll find Mexican lollipops, hard candies, jelly candies, and more – often made of tangy fruits like mango or citrus – covered in spicy, salty powdered chile.

Did you know chocolate originated in Mexico? Mesoamericans drank bitter chocolate beverages and used cacao beans as currency; the word “chocolate” comes from the Aztec language Nahuatl. Later, Spanish conquistadores brought sugar to the region and made sweet chocolate possible. Today you’ll find chocolate in both sweet and savory Mexican dishes (such as mole), depending on the region.

The tangy flesh of this pod-like tree fruit lends itself to many of the most popular Mexican candies, in addition to beverages and savory foods. One of the most common combinations is tamarind and chili powder, which makes for a sucker-punch flavor that is not for the faint of heart.

Called “cacahuate” or “cacahuete” (derived from Nahuatl), the peanut – like chocolate – is a staple in sweet and savory foods in many regions of Mexico, stemming from Mesoamerican traditions. It crops up in Mexican marzipan, or mazapan, in place of almonds.

Now for the best Mexican candies of all time!

Told you Mazapan was a big deal! These round, flakey little cookies made from crushed peanuts have the texture of marzipan with a unique flavor. They’re widely available in the U.S., becoming emblematic of the best Mexican candy.

Technically these are cookies, but they’re so popular we couldn’t leave them off the list. Made with “goat milk candy,” Obleas have a creamy, caramel-like center you won’t be able to stop eating.

We know you were waiting for chocolate. Well, your wait is over. Paleta Payaso takes chocolate to a whole new level by covering a marshmallow in it, painting on a smiley face, and putting the whole thing on a stick. Move over, Tootsie Pop!

Who doesn’t love a sweet, gooey snack you eat with a spoon? Duvalín is a little like pudding, but better. Get it in flavors like vanilla, strawberry, and hazelnut. Yum!

The oxymoron in the name of this favorite Mexican candy only makes it that much better. If you’re wondering what cereza means, it’s “cherry,” which explains the flavor of these sweet cherry lollipops with chewing gum centers.

This candy is literally just salt and lime. Maybe that doesn’t sound like candy to you, but judging by its popularity south of the border, it’s doing something right! We’d put Limon 7 right up there with the sourest candies in the world.

Half the fun of this sweet-and-sour tamarind candy is the presentation. You push down on the plastic container and watch squishy candy “hair” (pelo) grow up from the top.

Rebanaditas are a great example of the wonder that is Mexican candy made from chile and fruit. These happen to be watermelon lollipops covered in salty, spicy goodness.

Another spicy chile-covered fruit lollipop, but this time with mango. You can’t get much better than that.

Not into hard candy? No worries – Pulparindo is a spicy tamarind candy that satisfies all your cravings for chewy, gooey goodness.

Think Pixi Stix but with MUCH more flavor. In classic Mexican flavors like watermelon and mango, this powdered candy is spicy, sour, salty, and sweet all in one. Apparently, it’s actually banned in the U.S. Whether that’s because it’s just too delicious or some other reason, the jury is still out…

Need to get your sweet or sour candy fix? Check out the gourmet options at Candy Club. With a subscription box, you can get new and old favorites delivered straight to your door every month.

Wine and Candy Pairing Guide For Your Next Night In

Seven Candy Activities to Try in Your Classroom 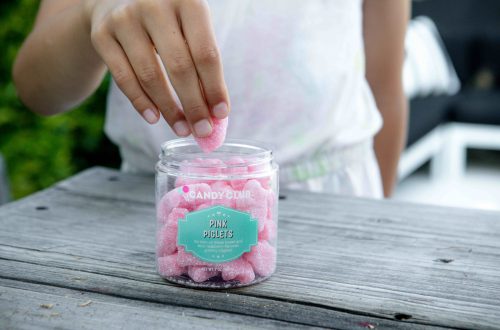 Creative Candy Gift Ideas for Celebrating from a Distance 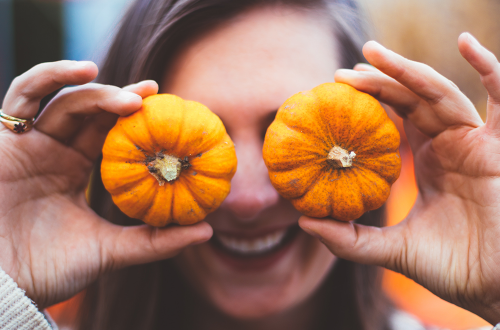 Celebrate Pumpkin Spice Everything with These Pumpkin Candy Recipes