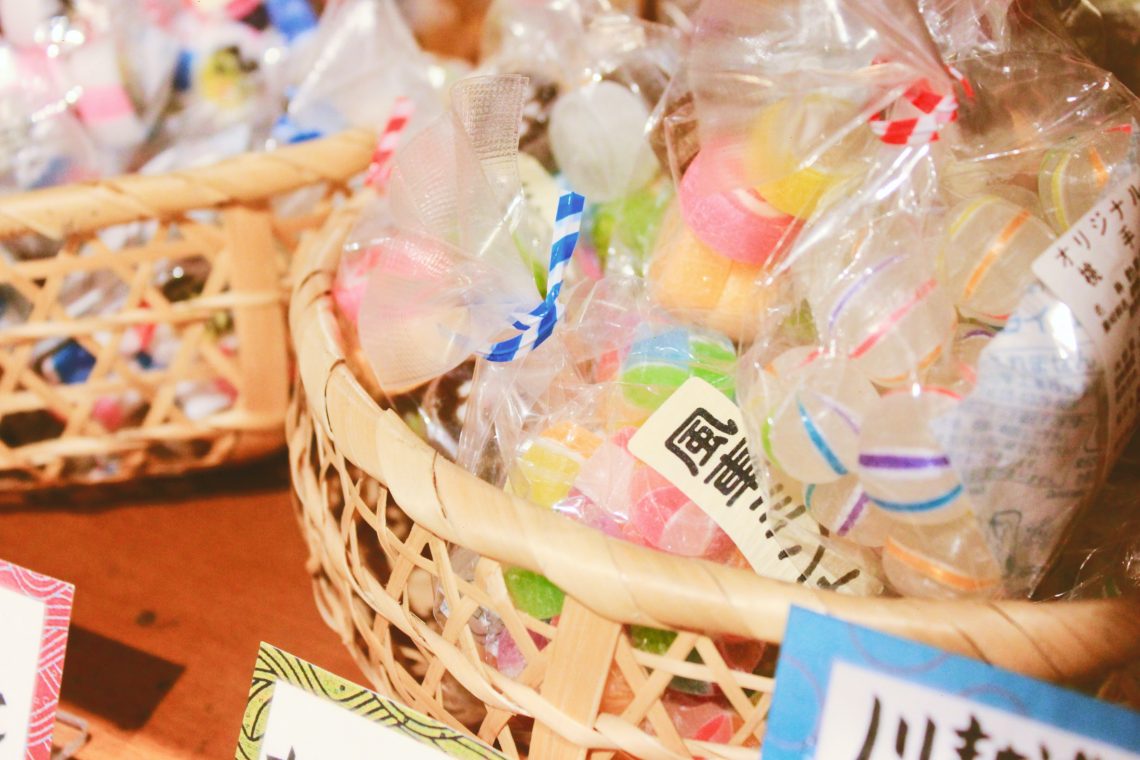 With such a huge selection of unique candies, it’s hard to create a definitive list of the best Japanese candy that everyone will agree on. Japanese sweet treats are just as diverse as the rest of their cuisine – so basically, Japan is a candy lover’s dream come true! While our list may not be the end-all-be-all, it’s sure to introduce you to some of the best treats Japan has to offer and maybe even help you discover a new favorite.

From classics like chocolate and fruit sours to truly one-of-a-kind treats you could only imagine in dreams (or maybe a Studio Ghibli film), check out nine examples of the best Japanese candy.

These fruit chews are majorly popular in the U.S., but did you know they’re of Japanese origin? That’s right – released in 1975, Hi-Chew was invented as a type of chewing gum intended to be swallowed when finished. If you ask us, there’s nothing better than chewing gum that turns into candy at the end! Now enjoyed all over the world, these classic chews come in more flavors than just fruit, including Cola Soda and Yogurt.

Meiji is without a doubt one of the most popular chocolate brands in Japan, with plenty of fans abroad as well. And their selection goes well beyond classic chocolate bars. One of their most delectable (and adorable) treats is the Toadstool Biscuit. These small chocolate-covered biscuit candies are shaped like mushrooms (or “toadstools”) with crisp cookie stems and milk chocolate caps.

Meiji Toadstools aren’t the only Japanese biscuit candy that’s taken the world by storm. Pocky is beloved by kids and adults alike all over the world and is usually available in chain grocery stores.

When they were released in 1966, these waif-thin biscuit sticks dipped in creamy candy coating stood in stark contrast to the thick chocolate bars that dominated the chocolate business. As usual, Japan was onto something, since over 50 years later candy lovers everywhere are still crunching on these sweet sticks.

You might be surprised to find Kit Kats on a list of the best Japanese candy. While it’s true that the Kit Kat was invented outside of Japan, as you might know from our blog on the subject, Japan definitely perfected it.

In Japan, you can find Kit Kats in dozens of flavors, elevating this treat into something far beyond a simple chocolate bar. Ever wondered what a Wasabi-flavored candy bar would taste like? How about soy sauce, or tater tot? Yes, these all exist, and you can try all of them if you’re able to track them down.

For those of you who don’t need to know what a baked potato Kit Kat tastes like, don’t worry – Japan has plenty of milder candies for you to try – like pineapple candy, one of the most popular hard candies in Japan. Sold by several different brands in and outside of Japan, these fruit sweets offer a tropical twist to the classic hard candy.

Fuwarinka rose candies aren’t just some of the best Japanese candy, but also the most unique. Made with collagen and rose extract, these soft rose-flavored chews claim to not only taste great but also be good for your skin.

We can’t guarantee the truth of such a claim, but it wouldn’t be the first time we’ve heard about the health benefits of candy. It’s bound to be worth a shot!

“Koume” (sour plum) is a must-try hard candy for any sour candy lover. The candy is popular in Japan for its sour flavor and chewy plum center. Though it’s a Japanese favorite, one of the most common sellers is the South Korean brand Lotte.

No list of the best Japanese candy is complete without condensed milk candies. Milky, released in 1951 and sold in an instantly recognizable red package with the smiling face of a young girl licking her lips on the front, is one of the most iconic Japanese candies. These soft, bite-sized milk chews are a unique sweet treat for those used to more traditional chocolate or fruit chews.

Whether or not we’ve saved the best for last is up to the reader, but this candy is definitely the oldest on the list. In fact, Japanese star candy apparently goes back 500 years in history! Named for their starburst shape, these brightly-colored candies are now a staple in Japanese cuisine and culture, often eaten around celebrations and even enjoyed by fictional characters, namely Pokemon Sun and Moon’s Nebby. Trying these candies is a great way to get acquainted with Japanese culture. If this list has you craving some unique treats to spice up your candy cupboard, we don’t blame you. Luckily you don’t have to travel across the world to get your fix. Check out Candy Club’s candy selection today!

Creative Candy Gift Ideas for Celebrating from a Distance 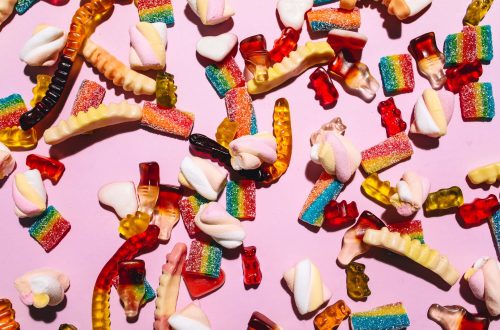 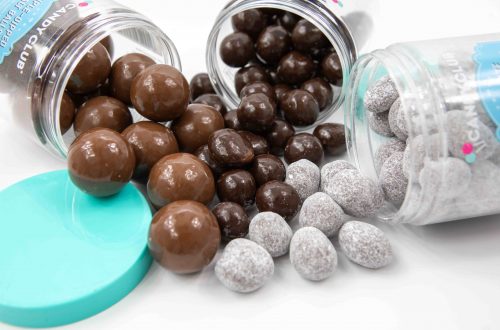 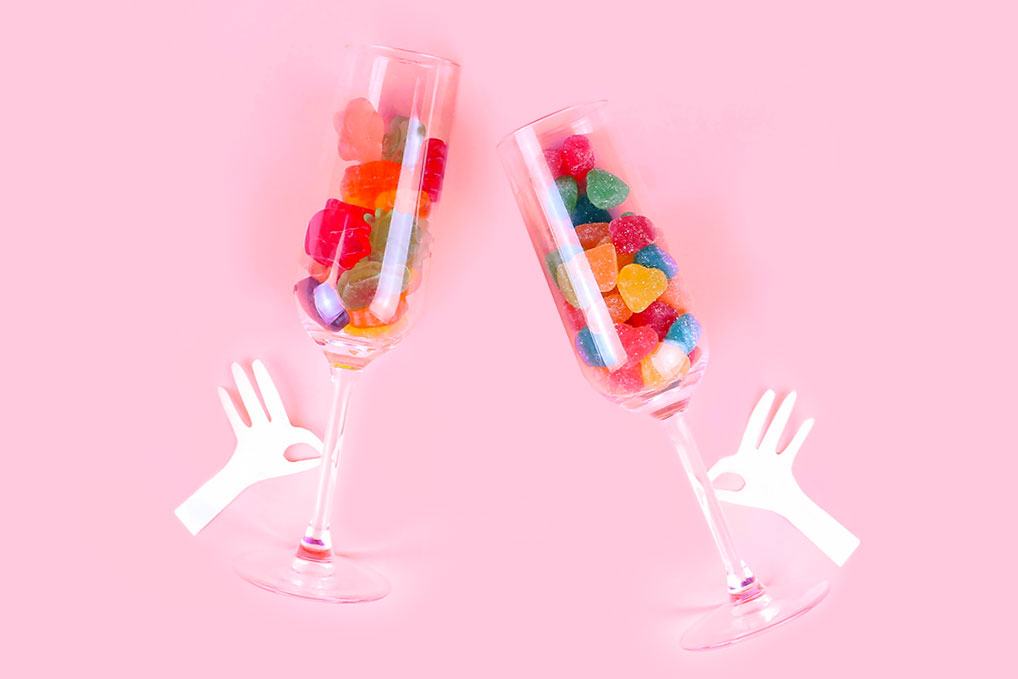