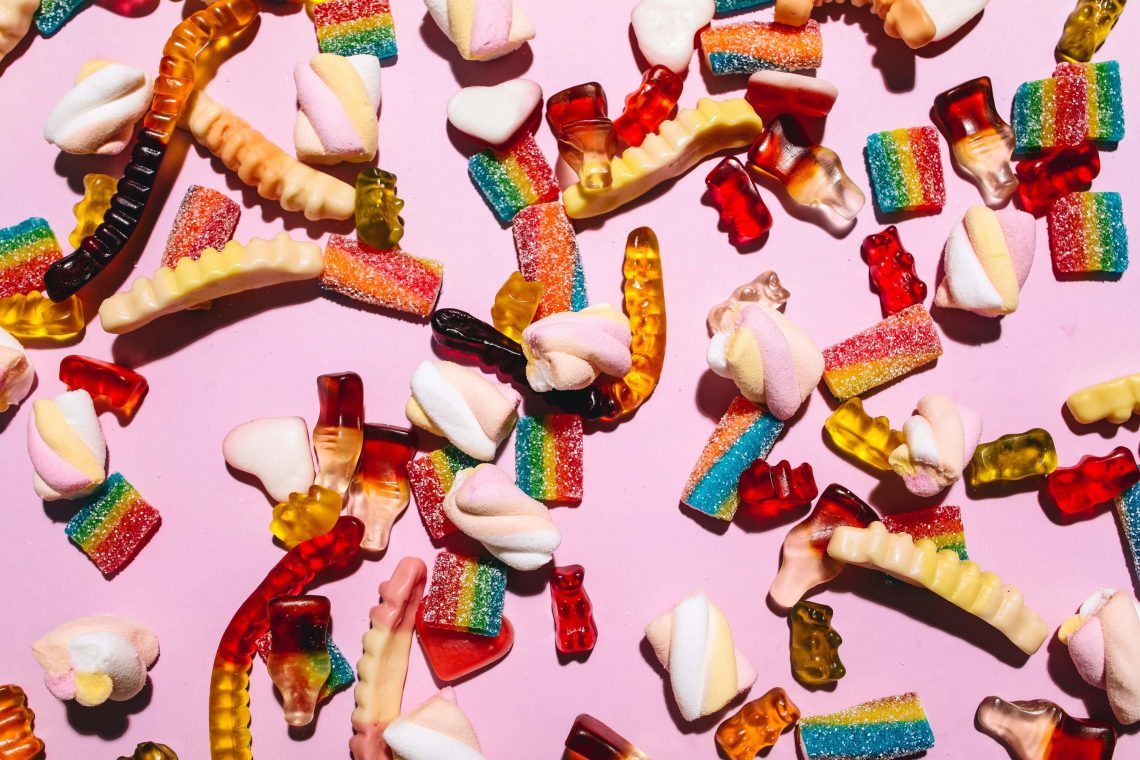 It’s no secret that nostalgia is in right now. Your favorite TV show from twenty years ago is being rebooted, Disney is doing a live-action remake of every animated film they’ve ever done, and yes, they’re STILL making Indiana Jones movies. While all these things from our childhood are making a comeback, it has left us thinking about some of the best confectionary creations that are no longer available. Let’s take a sweet trip down memory lane and reminisce about some of the most delicious discontinued candy.

If you’re a millennial, chances are you’re still mourning the discontinuation of Altoids Sour. Unlike their curiously strong mints, Altoids’s Sours were straight-up candy for “grown-ups,” (a.k.a high schoolers). This sadly discontinued candy debuted in 2004 and came in raspberry, lime, apple, tangerine, and mango, but raspberry was obviously the best. Besides the deliciousness of the sour little candies, you could also use the tin afterward for storage.

Altoids Sours were eventually discontinued in 2010 due to “low sales.”

This little-known discontinued candy was basically just Werthers but a different flavor. The candies came in a variety of flavors (chocolate, chocolate mint, butterscotch, and peppermint) and were the first hard candies Hershey’s produced. But they weren’t as popular as the rest of their catalog and Hershey’s decided to pull the plug. There is a petition to bring them back, though sadly, it hasn’t garnered much attention.

PB Max was launched at the start of the 1990s as the Mars corporation’s answer to the Peanut Buttercup. Unlike most of the other candies on this list, the PB Max was a financial success. Even though it had 50 million dollars in sales, the company decided to discontinue PB Max because the Mars family didn’t like peanut butter. Just another thing that sets American chocolate apart from the Europeans…

If you’ve ever eaten from a can of Pringles and thought, “Man, I wish these were made out of chocolate,” then Swoops were for you. Deliciously melt-in-your-mouth thin, Swoops came in a variety of flavors including Reese’s, York Peppermint Pattie, Almond Joy, White Chocolate Reese’s, and toffee and almond. They were even packaged like pringles so you could easily slip them into a lunch box.

Sadly, Swoops were discontinued in 2006. If only Hersey’s had invented chocolate-covered Pringles, they would have had a hit on their hands.

Before you freak out, we’re not talking about ALL Tic Tacs here, just a couple of discontinued flavors. Don’t worry, the orange ones are still around even though they’ve never freshened anyone’s breath ever. Sadly, the cinnamon and wintergreen flavors of Tic Tacs are no more.

Bubble Beepers bubble gum was just fine, but the box it came in was gorgeous. Decked out in neon colors like pink and green, you could even attach it to your pants like a real beeper. Despite some rumors surrounding the reason this candy was discontinued, it seems like they simply fell out of fashion around the same time actual beepers did.

It seems wild that a product endorsed by The Simpsons could be unpopular, but these bite-sized versions of the chocolate-covered Butterfinger bars were unfortunately discontinued in 2006. One reason for this could be the low melting point of the chocolate used, with many customers complaining they’d have to pour the candies directly in their mouth because if they touched them, they’d cover their fingers in chocolate.

Starburst came out with a Berries and Cream flavor and, in 2007, released this iconic commercial for the chewy candies. No one knows when they stopped making Berries and Cream, but they are no longer available on the website. However, in 2021, the “Little Lad” commercials went viral on TikTok and inspired users to create their own videos.

Named for the fact that they were gigantic, Marathon Bars were released in 1973. They were marketed as “the candy bar you can’t eat quickly.” There was even a ruler on the package to prove it was a whopping 8 inches of braided caramel covered in milk chocolate. Although they may have taken a long time to eat, Marathon Bars weren’t around for long, as Mars discontinued them in 1981.

Not just a soda, Seven-Up was also the name of a candy bar that debuted in 1970. It was a chocolate-covered bar made up of seven different “pillows” that contained different flavors, almost like a box of chocolates in one bar. Unfortunately, high production costs and trade-mark issues with the popular soda that shared the same name caused the candy to be discontinued in 1979. If you also miss these discontinued candies, don’t worry – you can expand your candy game and maybe even find a new favorite by signing up for a Candy Club subscription.

Why You Should Order Candy Online 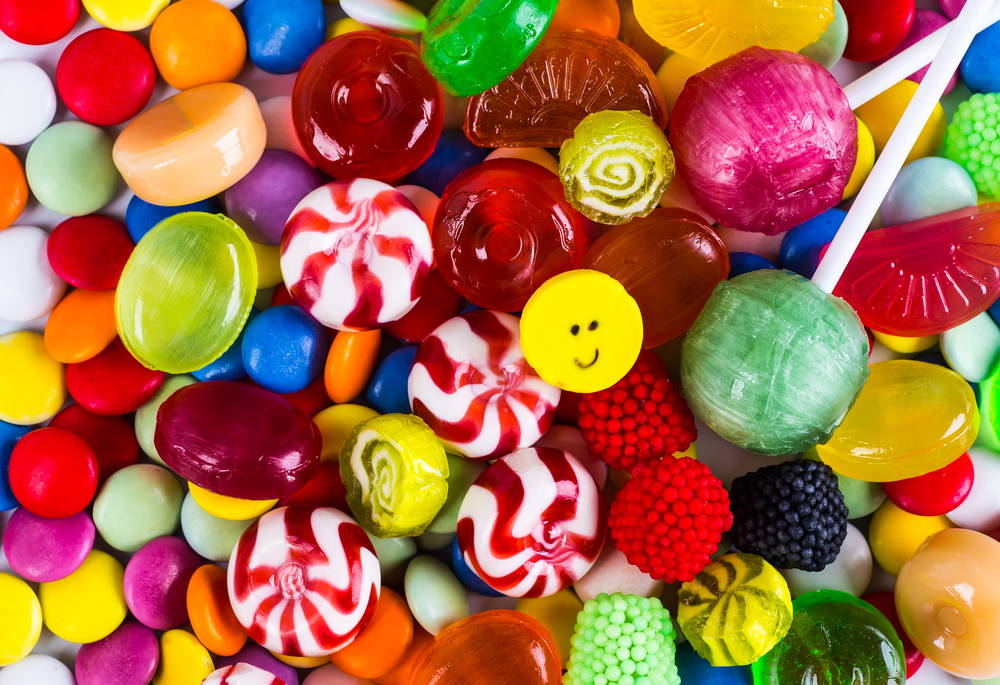 Old Fashioned Candy Craze: The Most Popular Candy of the Last 100 Years 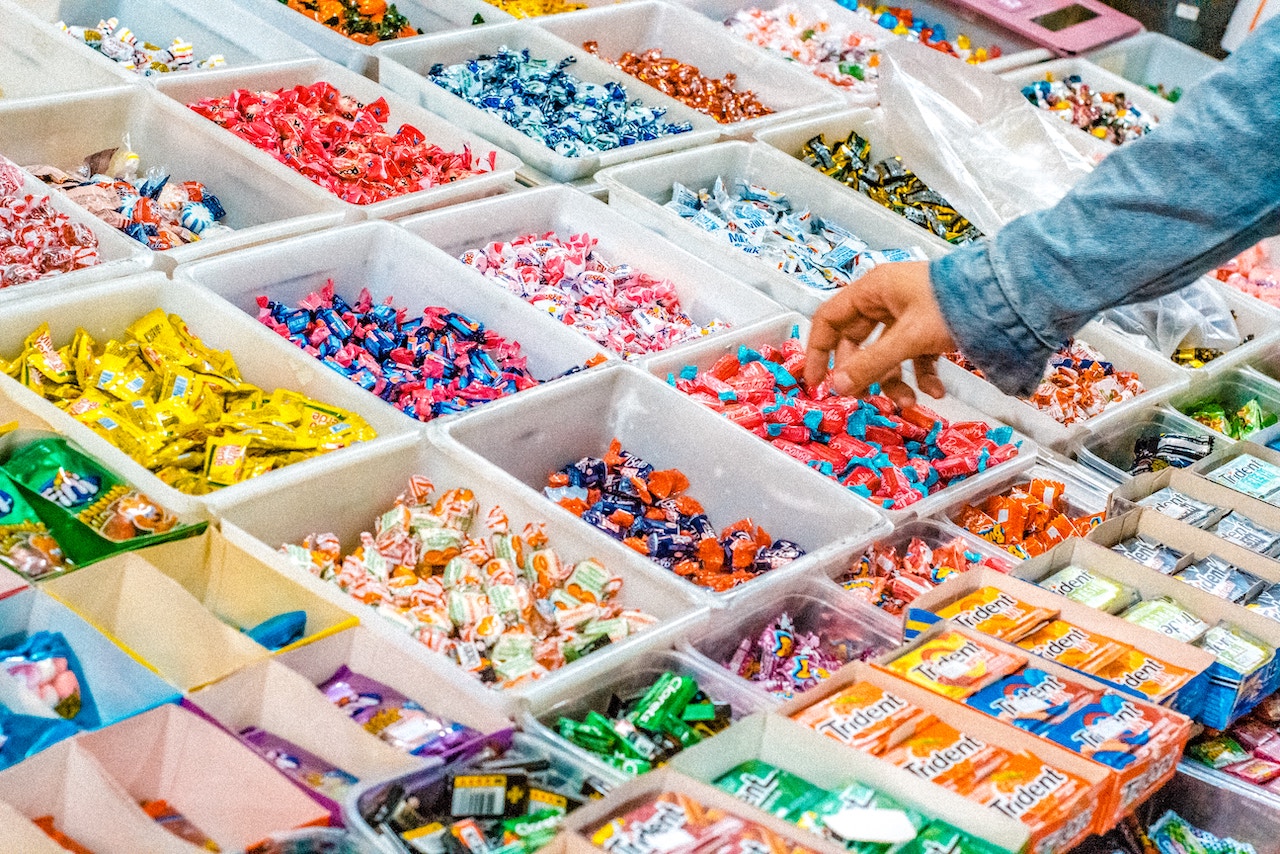 What is the Shelf Life of Candy?

The Secret History Behind 3 of Your Favorite Sweets