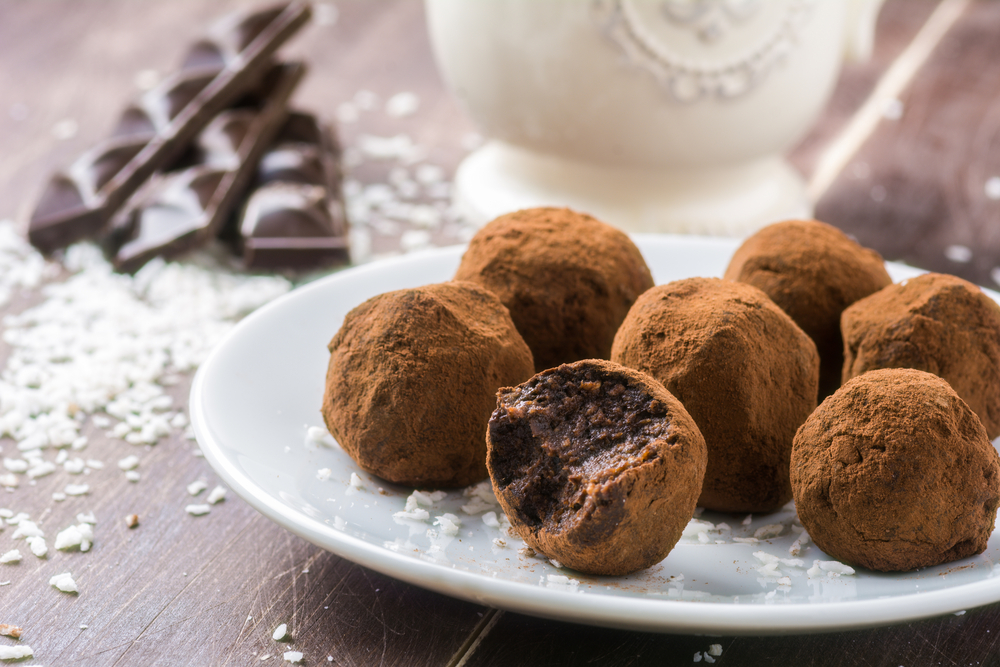 While many folks think that vegans are extremely limited in what they can eat, the vegan diet actually leaves plenty of room for indulgence! From dark chocolate to vegan-friendly sours and gummies, there is lots of vegan candy out there. Plus, plenty of candies that aren’t even marketed as “vegan” are completely free of pork gelatin and other animal products!

However, unexpected animal products are common ingredients in candies and packaged foods, so finding vegan-friendly sweet treats requires reading labels and ingredient lists. In this article, we delve into how to identify vegan candy, what to look for, and some go-to picks of the best vegan candies for when you’re craving a vegan sugar fix.

Traditional dairy-based chocolates are some of the most obvious non-vegan candies. But there are a number of sneakier animal products (like the infamous pork gelatin!), that are frequently found in sweet treats that vegans should check labels for. The most common of them are below:

We know that this list seems intimidating, but we promise that there are vegan candies out there that are in line with the food ethics of vegans. To find them, remember that you must be diligent in checking ingredient lists as it’s easy for these additives to be snuck in where you’d least expect it!

So, you might be asking – are Jolly Ranchers vegan? What about Nerds and Gummy Bears? Are Starburst vegan? Unfortunately, not all of our faves come guilt-free… scroll down to learn more.

We hate to be the bearers of bad news, but there ARE a few candies you’ll want to keep an eye out for if you want to stick to a vegan food diet. The following candies notoriously contain animal products:

Sour, Gummy, and Hard Candies that are Vegan-Friendly

Now onto the fun part! Sure, there are some candies you should avoid, but there are plenty more that you can keep enjoying. We’ve tracked down some of the best vegan candy out there, so you can rest easy as you feed your sweet tooth.

Below is a list of vegan-friendly candies that are commonly found and that will allow you to indulge whenever you’re in the mood without the worry of accidentally consuming pork gelatin or another animal product:

Chocolate Candies that are Vegan-Friendly

Even though you probably wouldn’t think of chocolate as being vegan, many dark chocolates are actually also vegan foods. This is because, in most cases, dark chocolate is actually completely plant-based rather than being made with dairy products.

If you’re a chocolate lover who can’t bear to give up your favorite sweet treats, you’re in luck. Some of the best vegan candies happen to be chocolate! Take a look at some go-to brands to fill your chocolate cravings:

Vegans Can Live Sweetly, Too

While it’s easy to equate being vegan with having everything delicious off-limits, as you can see, that’s certainly not the case. With a little research and vigilance, those who are committed to a diet free of strictly vegan foods can still enjoy vegan candy and many other indulgences.

However, it should be noted that companies do occasionally change ingredients that are in their products. With that being said, even if a candy was listed on the “vegan approved” list above, always check the ingredients on the wrapper prior to consuming to ensure that its compliancy has not changed.

Vegans should also be aware that many products that contain animal products don’t necessarily sound like they do. It’s important to get the most up-to-date information you can.

Luckily, we’ve done some of the hard work for you with our list of some of the best vegan candy out there. Happy snacking!

Skip The Candy Shop: 5 Creative Gifts For Someone with a Sweet Tooth!

Boosting Productivity With Snacks for the Office