If you’ve ever strolled into the comment section on a social media post, you know humans love to argue about just about anything. And boy, are we passionate about our opinions! Whether we’re debating something serious, like who to vote for during an election, or something silly, like what color that dang dress was (come on, ya’ll know it’s white and gold, right?), we have strong opinions about it all.

Our choice in Easter candy is no exception.

While most of us go crazy for Reese’s Peanut Butter Eggs, there is one candy that leaves us as divided as ever: Peeps. Some candy-lovers can’t get enough of their sugary marshmallow deliciousness, while the closest others will get to a Peep is when they put it in the microwave to watch it explode.

Whatever side of the great Peeps debate you fall on, you might be wondering where this polarizing treat came from. Whether you love Peeps or hate them, the history of Peeps is an interesting one. If you want to know who brought us the sweet marshmallow treat and how they got to be such a big hit, you’re in luck. Sit down and grab a Peep, because you’re about to get schooled on the history of Peeps!

According to the Just Born candy website, Sam Born, a Russian immigrant to the United States, created Just Born in 1923. Sam Born was a true candy innovator, responsible for things like chocolate sprinkles or the hard-shelled chocolate that goes on the outside of Eskimo Pies.

In 1953, Just Born acquired the Rodda Candy Company, who is responsible for the creation of the beloved (or be-hated) candy. Not much is known about why or exactly when they started making the candy, but they caught the Just Born company’s eye.

Peeps Go Automated and Lose Their Wings in the Process

Originally, these cute little marshmallow birds were made by hand in a painstaking process that took about 27 hours and up to 80 people to make one measly tray. The ingredients, the flower of the marshmallow plant, whipped egg whites, and yes, lots and lots of sugar, were spooned into a fluted still tip and squirted out into the shape of a baby chick.

About a year after Just Born acquired the candy, Sam Born’s son Bob Born mechanized the process. This new automated Peeps-making process changed the game. What used to take about 27 hours now only takes about six minutes to make. However, to save time and to streamline, the cute little wings that were piped on by hand were nixed.

Peeps Expand from an Easter Candy to a Year-Round Treat

Even today, most of us think of Peeps as Easter candy. After all, the iconic original Peeps were shaped like a cute little baby chick and made in spring colors like pink and yellow. However, Peeps have evolved over time and are available in different shapes, colors, and flavors year-round! Of course, you can still buy the original chick-shaped Peeps, but you can also get them in the shape of a bear, bunny, pumpkin, ghost, or a gingerbread man.

Original Peeps are just marshmallow and sugar, but now you can enjoy the treat in flavors like blueberry, fruit punch, sour watermelon, red velvet, or even pumpkin spice! Throughout the history of peeps, it was traditionally thought of us the regular old Easter treat, but now, you can enjoy Peeps all year round.

In 2003, Peeps celebrated their 50th anniversary. To celebrate, they sent the Peeps Mobile across the country.  That’s right, the Peeps Mobile! It’s a little yellow Volkswagen Bug with a big old Peep on top. Just Born also released a swath of new flavors and even had their own float in the Macy’s Thanksgiving Day Parade to celebrate the big 5-0.

In 2009, Just Born opened the first Peeps and Company Retail store located near their headquarters in Bethlehem, Pennsylvania. Although the store showcases all of the company’s delicious candies, Peeps were the popular candy that got to be in the name of the store. Not located in or near Pennsylvania, but still want to celebrate one of your favorite candies with some merch? No worries, they opened an online store in 2011. There you can buy some candy or even add some Peeps Funko Pop figurines to your collection if you want to go Peep wild!

Whether you’re a Peep lover or a Peep hater, you have to admit: Peeps are a classic candy that we all know and have a lot of feelings about. Not that into Peeps? Looking for some other candy to add to your Easter baskets? Don’t worry; we have tons of sweet, sour, chocolatey, or something in between candies to satisfy any sweet tooth craving. Stock up today!

Red is the Sweetest Color (and Other Food Color Fun Facts) 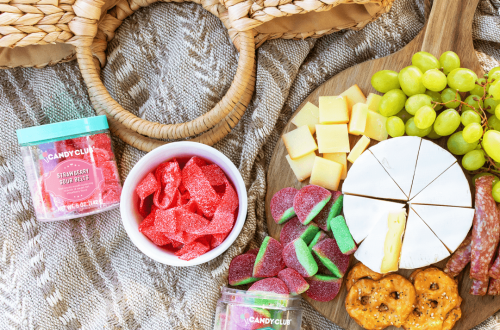 How to Plan the Perfect Picnic 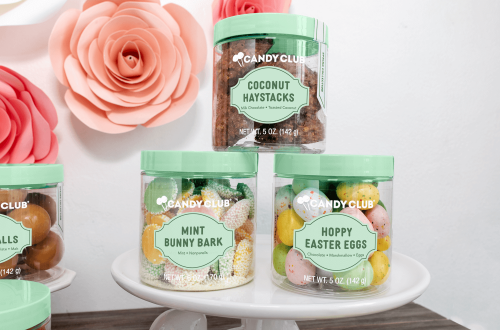 Easter Candies to Stock Your Shelves With That Aren’t Peeps 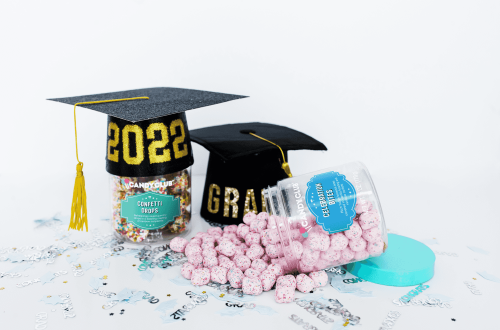